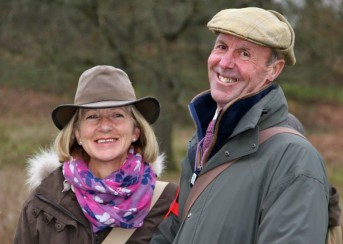 My name is Sara Gadd, I suppose you could say that I am a dog lover...all of them. Some I would not choose to own but I find them all fascinating, particularly the working breeds.

I am a Kennel club “A” panel judge regularly judging test and trials in the UK and abroad.

2017/2018 was a busy one starting with judging a test in Italy. The March Italian weather was beautiful and we had a great time seeing some good dog work ....we then went to Finland in July to Judge the International Working Test probably the biggest test in Europe exceeding well organised with dogs and handlers from many different countries including Russia.

Then the season here started I judged two open trials ( one with Mike ) at Windsor. In November we went to Denmark to Judge their retriever championship run under the same rules as ours, two excellent days on great estates and a good standard of dog work.

At the beginning of December was the IGL Retriever Championship where my judging career reached a pinnacle, a great accolade to be asked and I enjoyed every moment. The HyFly estate worked tirelessly to produce three days for the IGL an excellent championship and we got a first class winner!.

At the end of December. I accompanied Mike to Ireland where he judged the Irish Retriever Championship....a beautiful estate with some incredible dog work in the thickest of cover again a top class winner.

A short time at home and off to Devon to Judge an open trial, home again and a week later we flew to Italy to Judge the Italian retriever championship, this was also over two days in a lovely part of Italy where once again we got an impeccable winner this time a golden retriever.

I trialled my novice dog Brindlebay Towie of Birdsgreen four times obtaining two thirds where he ran very well just not getting an opportunity to shine and then on the fourth occasion he excelled himself and was a very good first so I now have an open dog for next season.

2017 was also very sad year, I lost my two champions FTCh Mansengreen Diesel of Birdsgreen to old age and FTCh Brindlebay Gertie of Birdsgreen to cancer both superb dogs and greatly missed . Also had to say goodbye to Gizmo my little house companion of 17 years.

Mike Tallamy and I run a joint kennel, in a beautiful spot on the Norfolk /Suffolk border, offering group training as well as one to one tuition. I will have a trainee for someone after the shooting season. 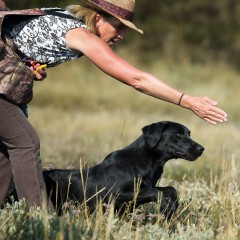 From puppies to Field Trial Champions 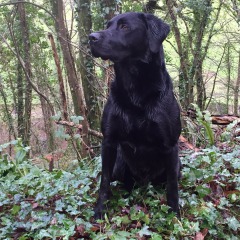 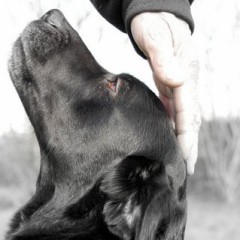 A selection of our dogs and training groups